WklyWrap - Behind the scenes of the conversation demo

On this weekly wrap-up I am going to give you all a behind-the-scenes look at my dialogue map for the apartment scene and a little more insight as to what happened with the demo release. Needless to say, if you have not yet played the demo, this is going to spoil the whole scene for you!

Go play! We can wait.

Okay, while they do that, make sure to join us on Discord to talk about the game, female bodybuilding, read stories from some talented folks, and more! If you want to support what Moxy, myself and the rest of the team are doing, you can pledge to our Patreon and get access to cool swag like earlier builds, getting to name an NPC and more (that I will touch on in a bit)!

Okay, back now? Have fun? Good! Now for some background...

The demo we released at the beginning of the month ended up much more proof of concept that we had expected. The initial goal was to have the first two weeks of the full game done and out for you all to play. Needless to say, that was an ambitious goal that was probably shooting for the moon. We had a pretty good design for scenario, which would play a lot like a tutorial with Mandy introducing you to people and giving you a chance to try out all of the features we want to include. However, there were just too many missing parts. The plots for a couple of the ladies needed more hammering out, we only had sketches for their portraits and only Aria and Mandy had sprites.

While disappointed then because I wanted to push the boundaries of what we knew we could do, now I feel like that decision was for the best considering the trouble we had with just getting three purely dialogue scenes completed. At any rate, we had our scenario, so I made some outlines with a lot of input from Moxy and those outlines got assigned out to the rest of the writing team, though I kept the apartment since it was going to be the capstone of the demo I wanted to make sure that the complex flow was not too confusing for others. Which lead to me making the giant chart below.

Though this is not the version of the dialogue  you all ultimately saw in the demo, this is what I turned in for inclusion in the build As you can probably tell, I went to great lengths to ensure that it was readable (and even then I am not one hundred percent certain that anyone else can look at this and not just go insane). I am happy to answer questions about this either here in the comment or on the Discord.

Before you all head down to look at the map, I want to give a status update on Patriana's growth.

I have a feeling that might change in the near future since I have just been told we are doing something fun with the Patreon which involves something awesome from us and SquarePeg3D. More about that soon, but think about who you know that might be into the game in the meantime.

Anyway, have a great weekend!

Talk to you all soon! 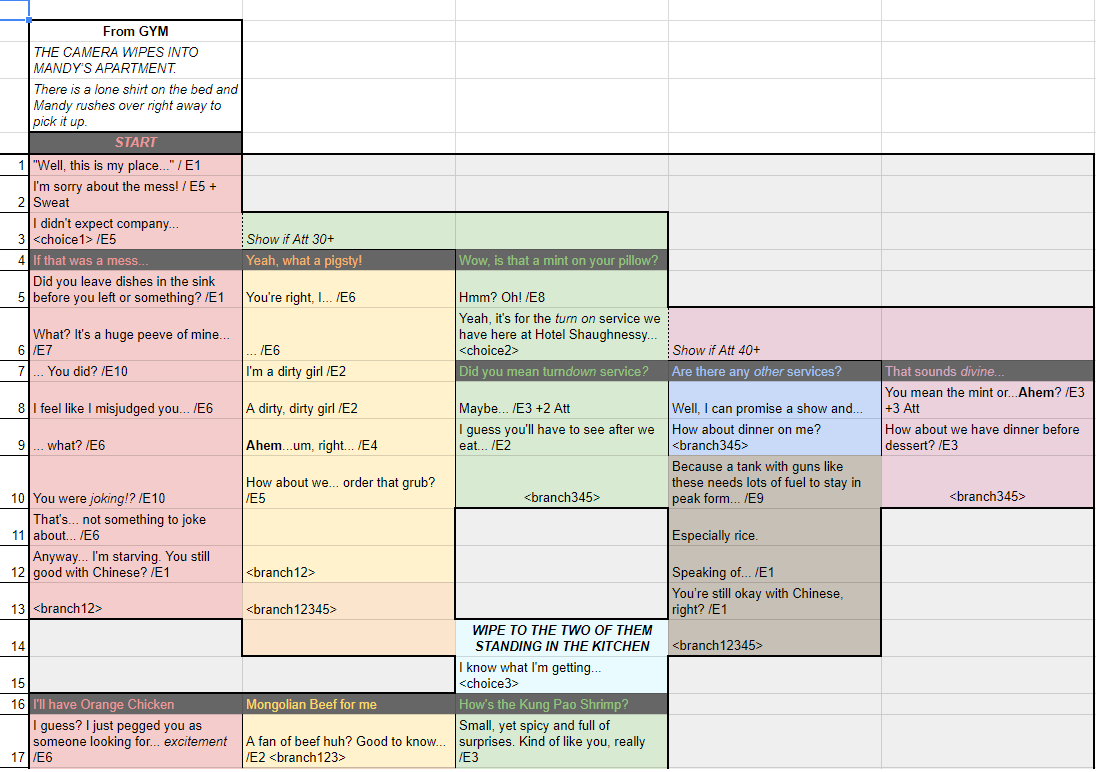 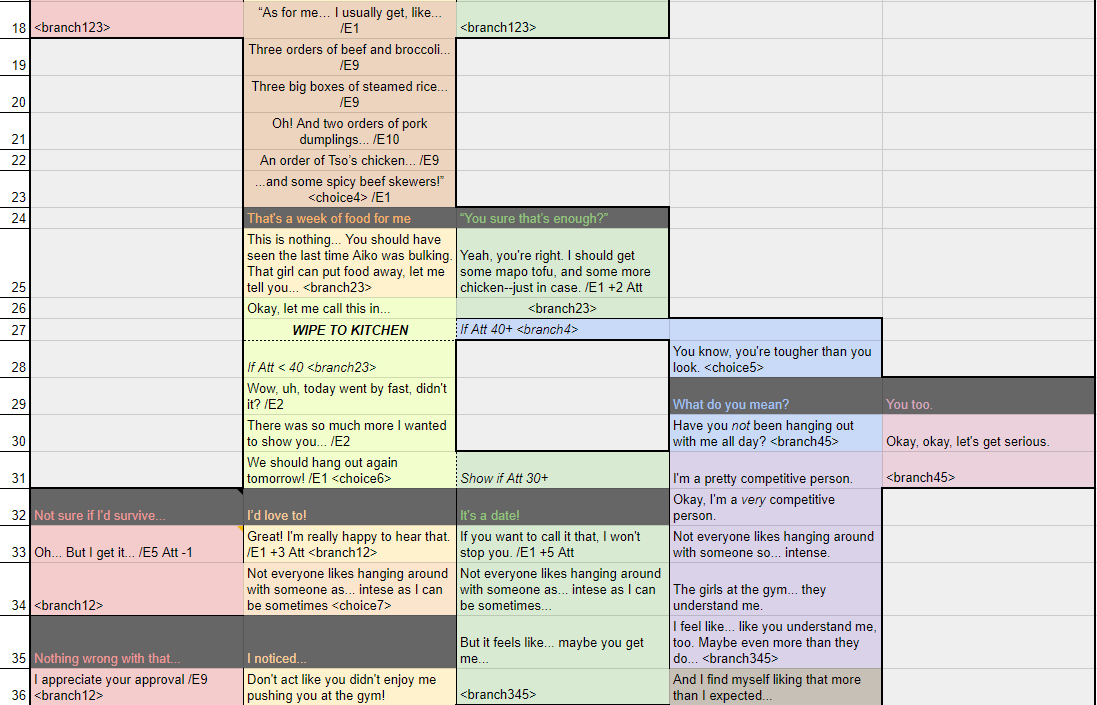 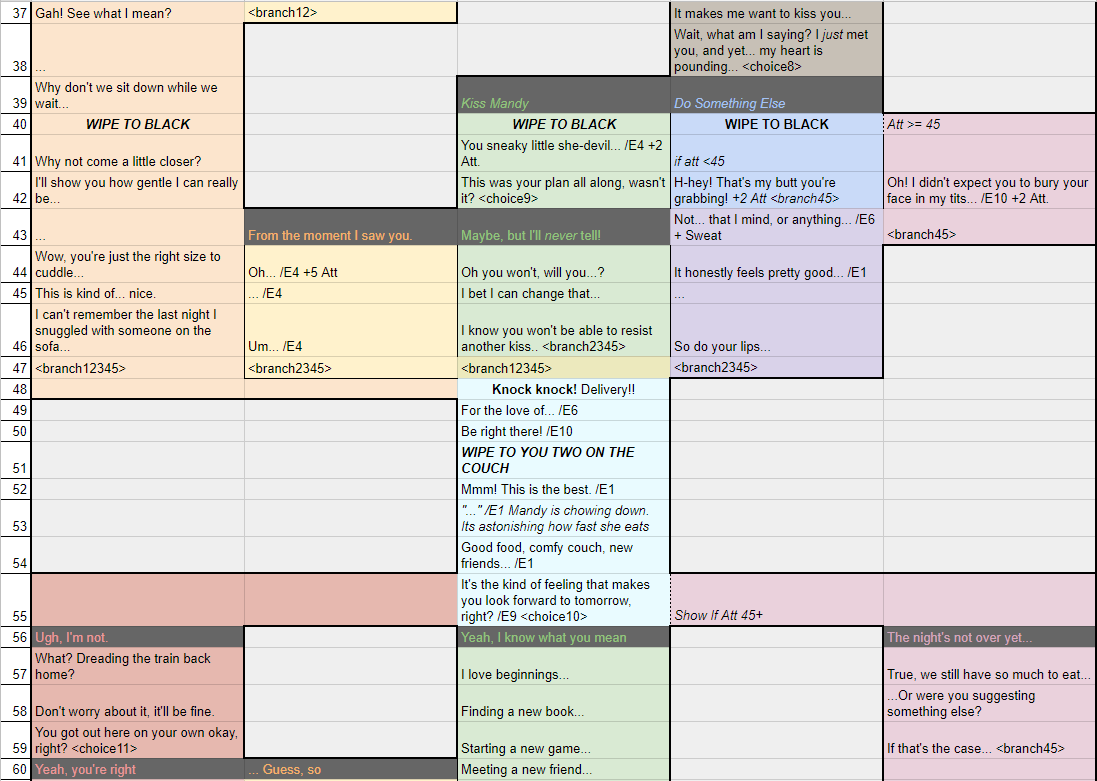 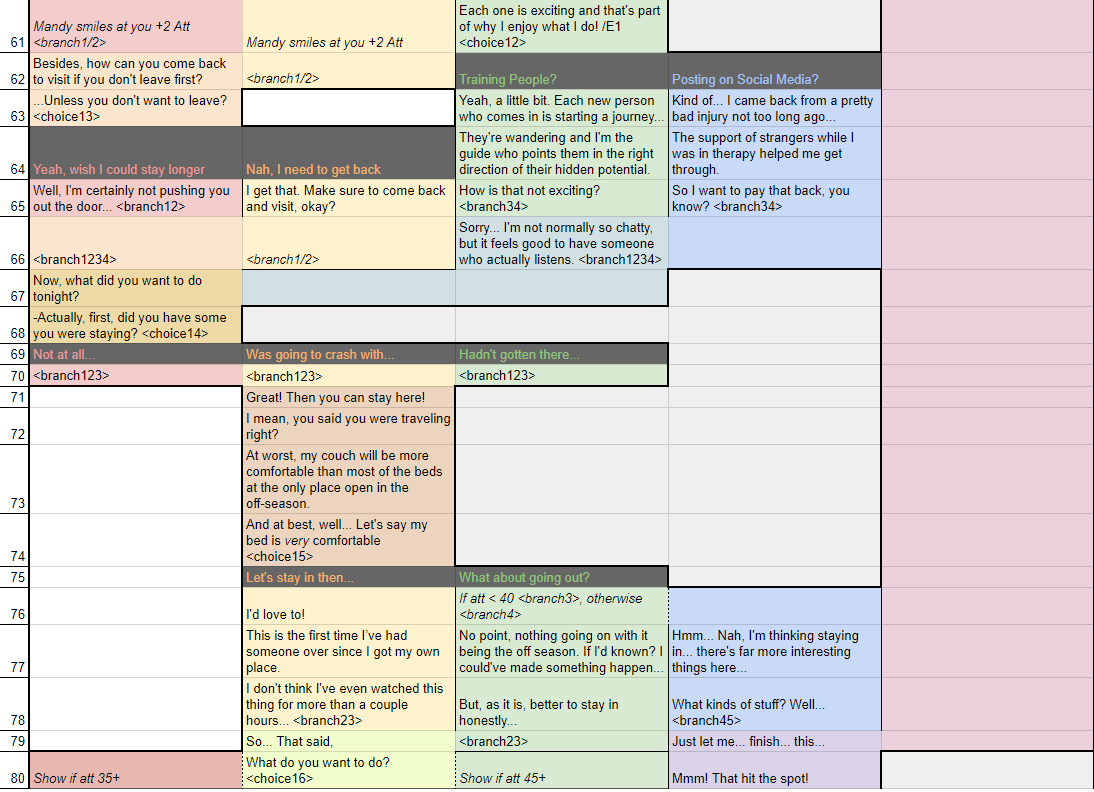 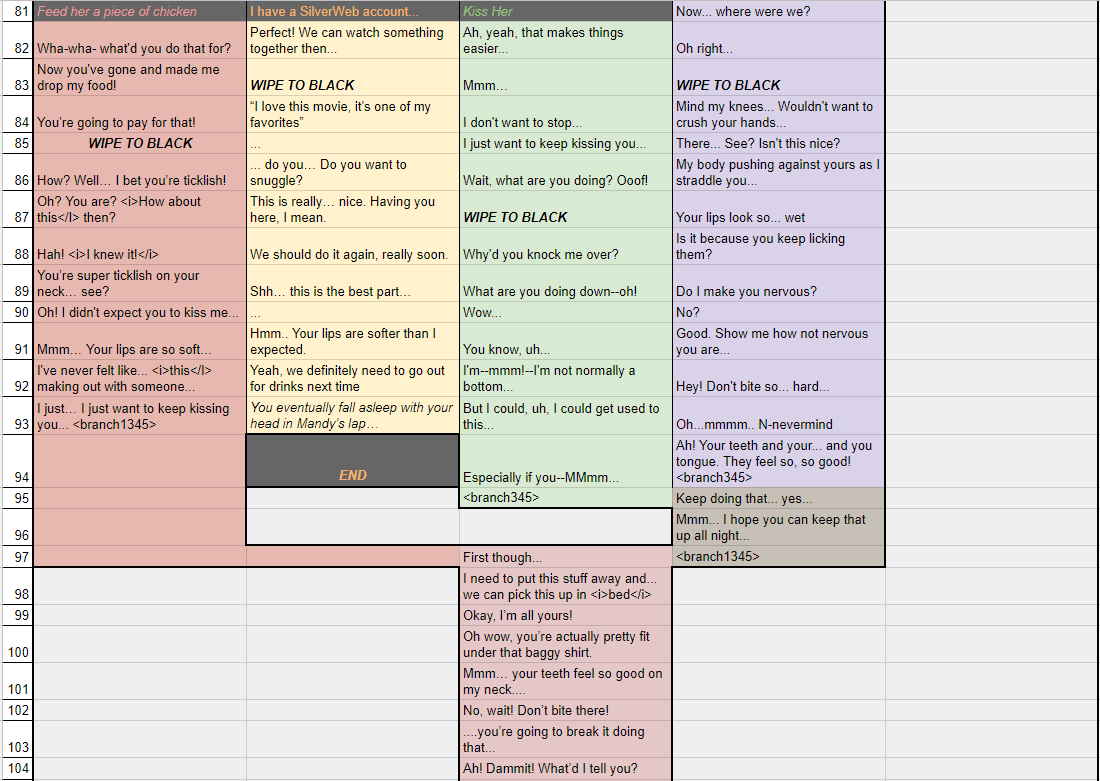